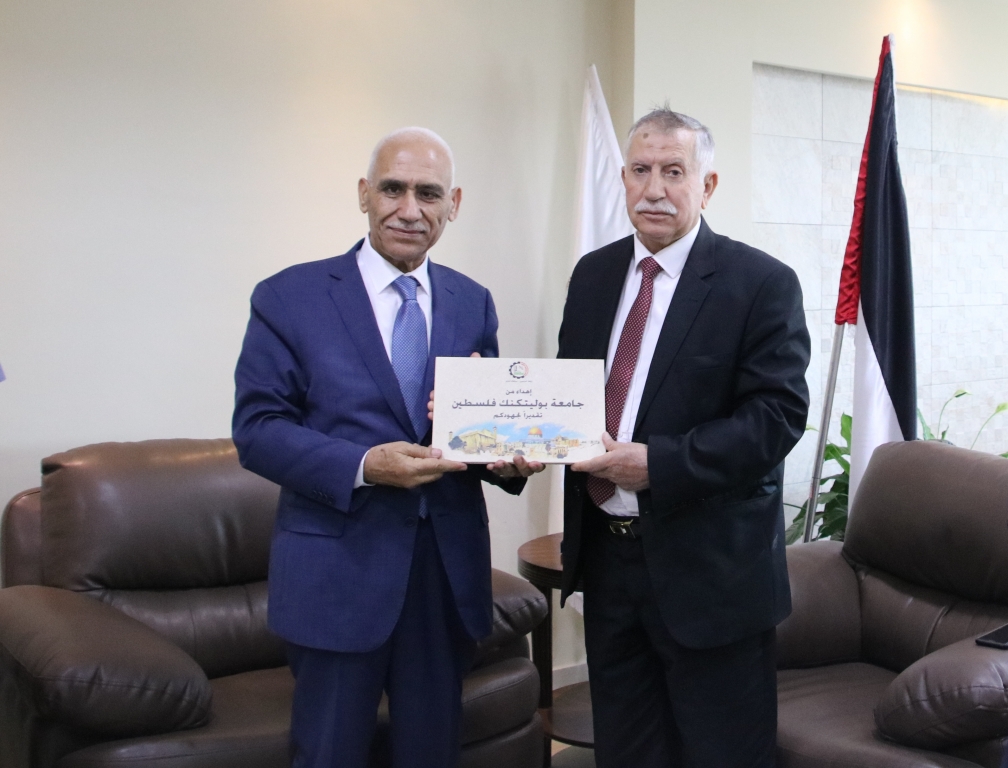 The member of Executive Committee of Palestinian Liberation Organization (PLO), Chairman of UGU and the PPU Board of Trustees Council Mr Ahmad Sa'id Tamimi,  received the Major General Mohammad Mansour, Deputy Minister of Interior in the presence of Mr. Imad Kharwat, Secretary of Fateh Movement in the Center of Hebron,  the Legal Consultant Mr. Ahmad Thabaleh, Director General of the General Administration of Legal Affairs, Mr. Ahmad  Ja'bari, the General Director of Interior of Hebron,  and Mr. Salem Shabaneh, Director General of Ministry of Interior in the South of Hebron. Among the persons who attended the meeting were also the members of  the  UGU Board: Mr. Suleiman Abu Sneineh, Mr. Ahmad Bsaileh, Mr. Rifat Tahboub, Dr. Abdel Qader Jabarin and Mr. Ibrahim Amro,  and  Dr. Imad Khatib, the President of the PPU and his vice-presidents.

At the beginning, Al-Tamimi welcomed the attendees and valued the Ministry's role in protecting and keeping the country all together and making a promising future and then he gave a brief overview on the University Graduates Union. Also, he valued the Ministry's efforts in supporting education in South Hebron, culminated in establishing Palestine Polytechnic University, providing technical higher education  and different specialization for the people of Hebron. He also pointed out that the university has lately witnessed qualitative development in terms of  academic programs and community services.

The Major General, Mansour, expressed his happiness of such visit, praising the role of the University in serving the country in general and education sector in particular where he noticed its tremendous development during his tour to the headquarter of the UGU and the University.